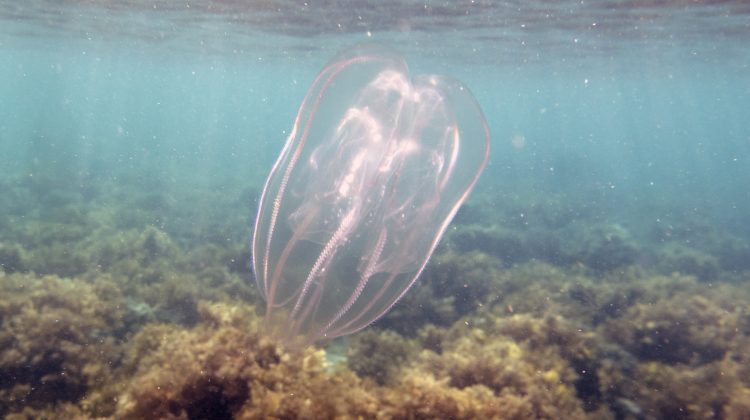 Ctenophora are commonly known as Comb Jellies, with over 150 species spread over 7 genera. They are found in oceans worldwide, although up to 75% live in tropical water. Ctenophores show many similarities to Jellyfish (Cnidaria), but they actually sit in an entirely separate phylum. Having said that, their taxonomic status is still debated. Both phyla developed around 500 million years ago and they play a similar role in the ecosystem. As simple organisms, they are extremely efficient and numbers are on the rise due to warming oceans, fishing of predators and increased nutrient runoff.1,2

Primarily planktonic, Ctenophores show bilateral symmetry, with a diverse range of body shapes and sizes. They show similarities, as well as differences to Cnidarians. Both are very basic, generally transparent, gelatinous organisms, although some Ctenophores show bright colours to blend in with their host organism. They have no internal organs to speak of and are comprised of 95% water. Oxygen can be absorbed through the cell walls and nutrients taken in through the mouth. With no brain, the epidermis layer contains a loose network of nerves, called a nerve net. This is the most basic nervous system known in any multicellular organism. In addition, some species have chemoreceptors near the mouth to assist with prey detection and capture.1,3
Comb Jellyfish have two major cell layers, the external epidermis and the internal gastrodermis, with the mesoglia forming a third layer, in between the two. The mesoglia is made of a jelly-like mesenchymal tissue. This tissue has true muscle cells, arranged in longitudinal and radial fibres, which provide support and assist with movement and feeding.1,3
Ctenophora comes from the Greek word “Comb-Bearer”, which makes reference to the eight rows of fused cilia, or ctenes, which line the organism. These cilia beat in synchronicity to propel them through the water and often refract the light, creating waves of rainbow colours along their sides. Whilst most species are active swimmers, others move using the undulation of their body or lobes.1,3
Some Ctenophores are able to produce proteins that give off light, through bioluminescence. When stimulated, for example by touch, certain tissues are able to undergo a chemical reaction to produce blue or green light. This may be used to avoid predation.2
Many Comb Jellyfish present with long tentacles, like those commonly found in Cnidarians, although they lack the stinging nematocysts. Whilst common Jellyfish feed and excrete waste through the same opening, the Ctenophores have a pare of anal pores, which perhaps show ancient links to the development of the anus.1,2,3

Ctenophores are exclusively marine organisms, found in oceans around the world. They may be present in shallow coastal waters, from the surface, down to 3,000m deep in the open ocean. Some are diurnal and migrate through the water column along with their prey. Whilst the vast majority are planktonic, some are benthic and attach to Echinoderms, Cnidarians, or Porifera.1,2

Some Ctenophores show seperate sexes, although most are simultaneous hermaphrodites, exhibiting both male and female sex organs. There are even species known to reproduce asexually, through fragmentation. Most are able to reproduce prior to maturing as adults, after which, they may produce gametes daily, dependent on food supply.1,2

There is no parental investment after fertilisation occurs.1

Following fertilisation, the embryo develops directly into what resembles a miniature, adult Ctenophore. With no metamorphoses required, they can grow rapidly and begin reproduction at an early age. Whilst many live for only a matter of months, some species are thought to live up to three years.1,2

Comb Jellyfish are carnivorous and use a variety of feeding methods to suit their diverse habits. Some have branched tentacles, similar to to those found in Cnidarians, but are lined with colloblasts. Like the nematocysts in conventional jellyfish, a spiral filament bursts from the colloblast cells upon touch and releases a sticky glue. Although there is no sting, the glue is sufficient to hold the prey, as the tentacle retracts toward the mouth. Other Ctenophora are planktonic filter feeders and make use of cilia to create a current to pull plankton into their mouths. The Beroids simply have a relatively large mouth so that they can swallow their prey whole, using specialised cilia to pull food apart internally. Some species even feed on hydrozoans and recycle their nematocysts for use in their own hunting.1,2

The primary foods include plankton, crustaceans and over Ctenophores. There are over 150 know species that feed on jellies. Predators include Cnidarians, other Invertebrates, various Fishes, particularly The Oceanic Sunfish, Whales, Turtles and again, other Ctenophores. Even humans have been known to eat jellyfish and have done so for over 1700 years. Whilst most are consumed in China and South East Asia, it may become a more common practice as populations increase, compared to declining fish stocks. 1,2

There is currently no concern over Ctenophores becoming threatened or endangered, as their numbers are increasing. Although not confirmed, it is believed that a variety of human impacts are causing this increasing trend. Overfishing of other, competing species means that there is more food available for the Jellyfish to thrive. Industrial and agricultural runoff can create dead-zones, low in oxygen, which is an environment in which jellies are one of the few organisms able to survive. Even the trend of warming oceans may allow Jellyfish to mature quicker, as well as increase their habitable zones (for most species).2
This increase in numbers can cause issues for humans, as they clog up machinery and can deplete fish stocks as they feed on larvae. Some species have even become invasive and destroyed ecosystems. Having said that, they also offer opportunities. They may become a vital food source, or show other advantages, such as the use of their mucous in cleaning up micro plastics.1,2 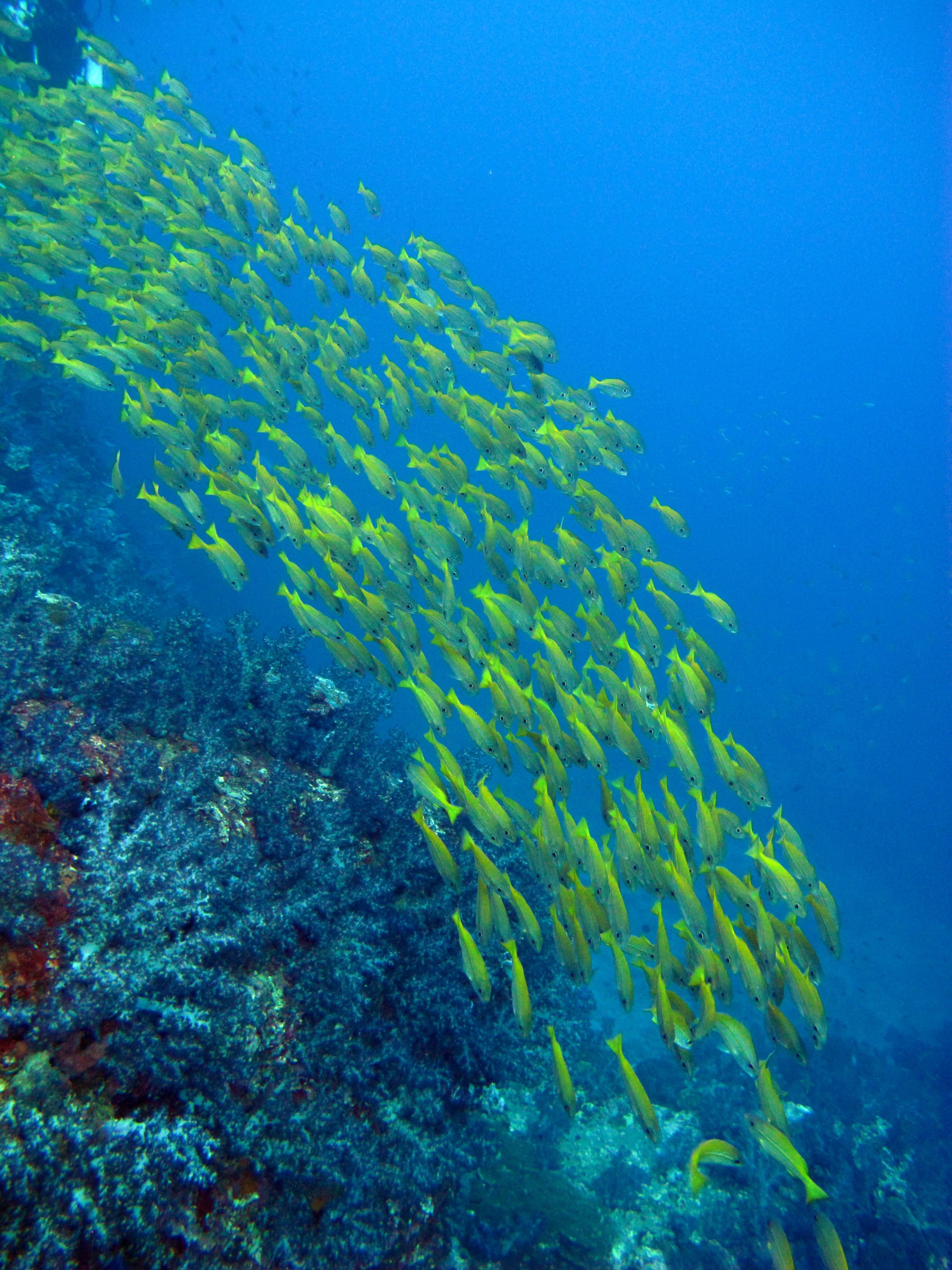 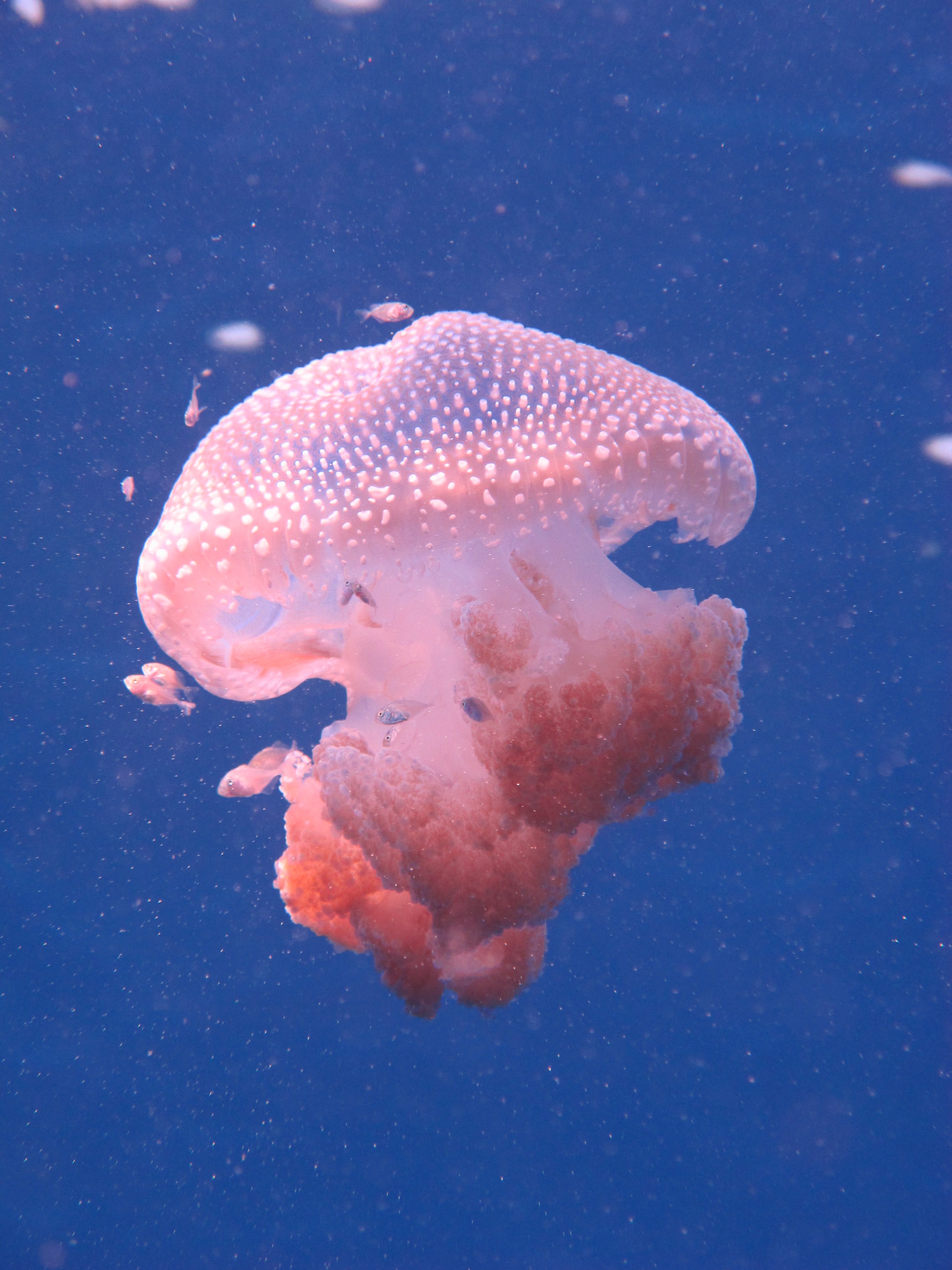 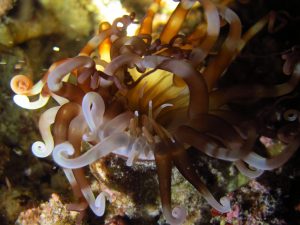 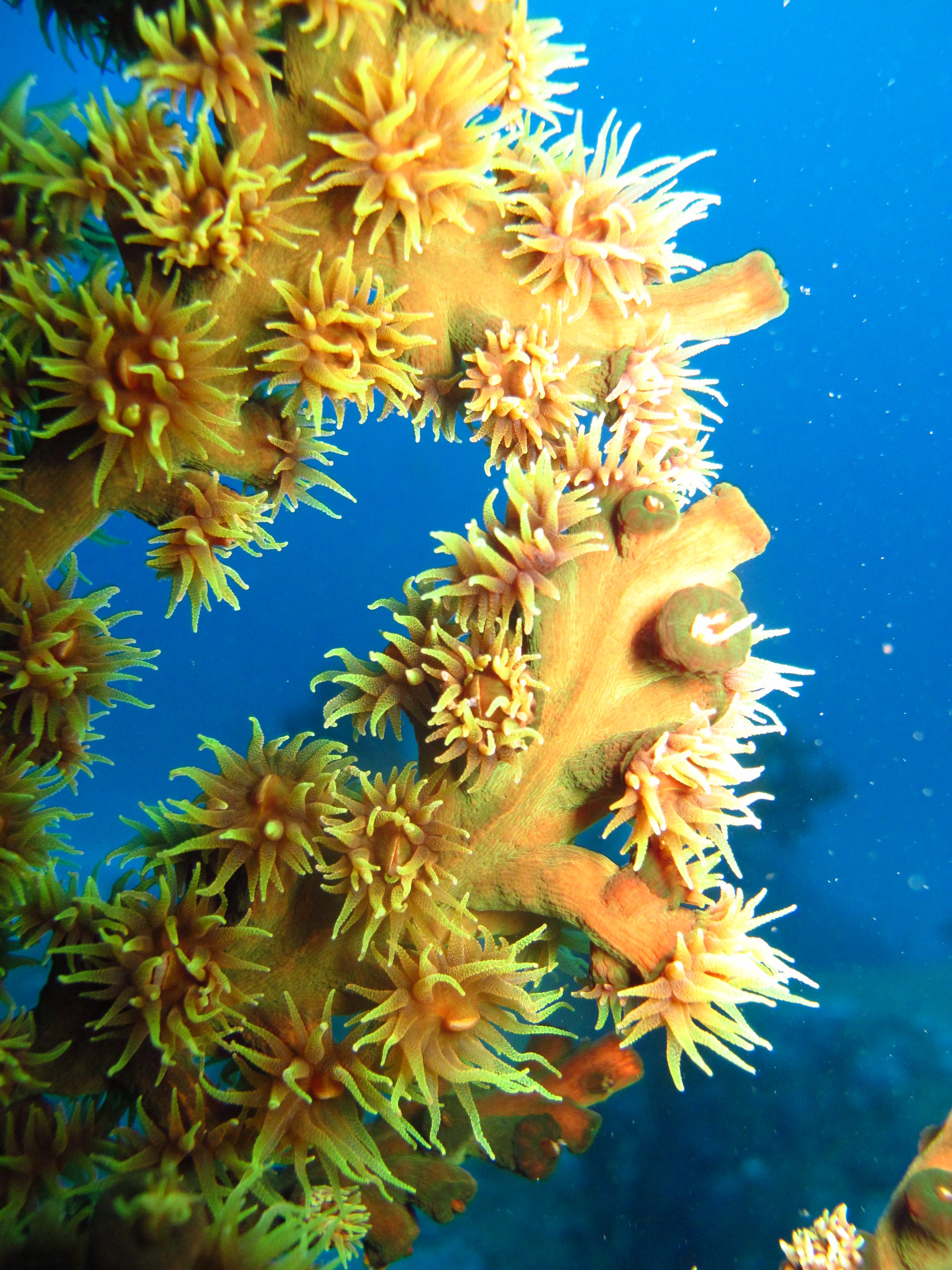 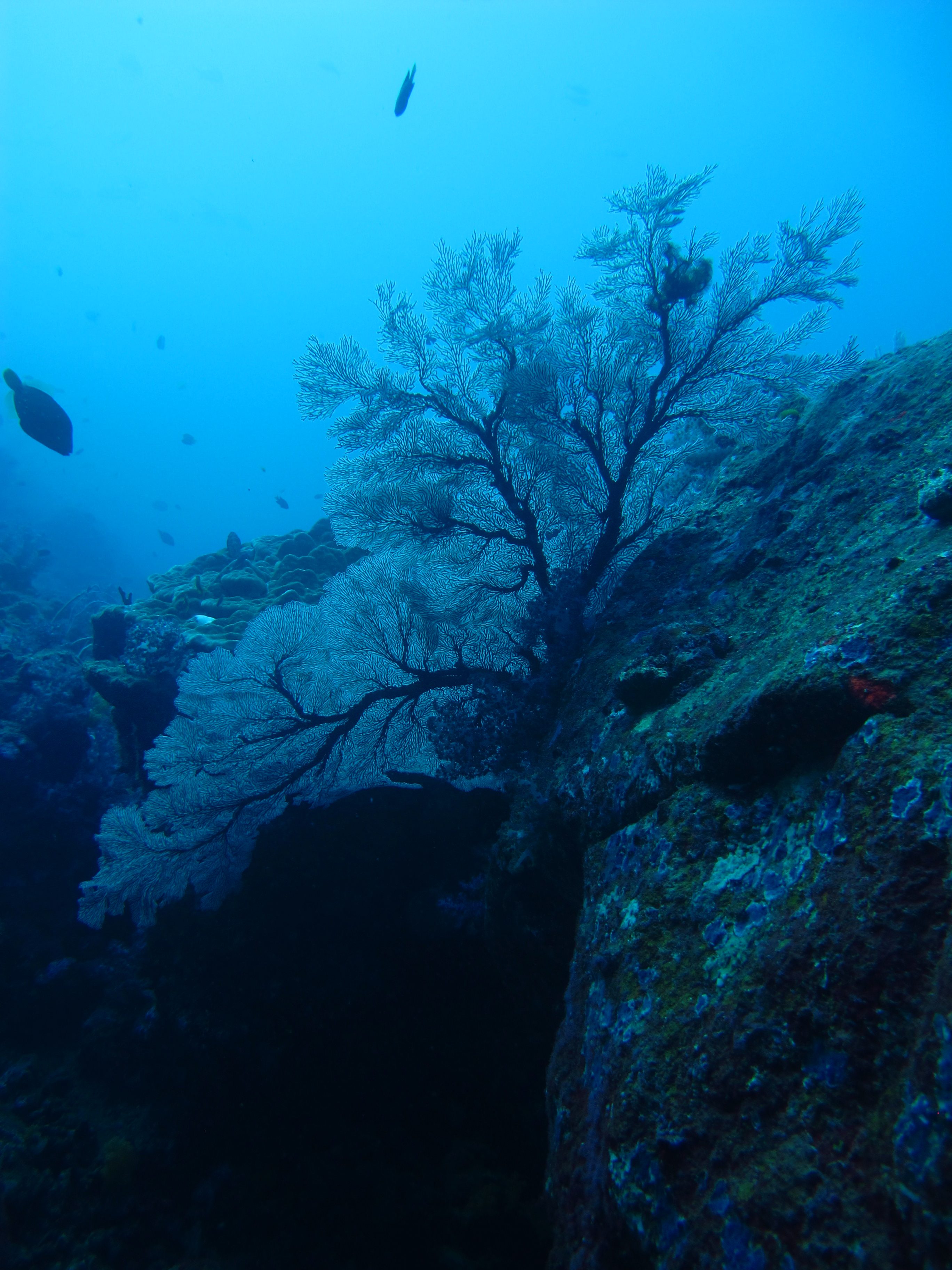 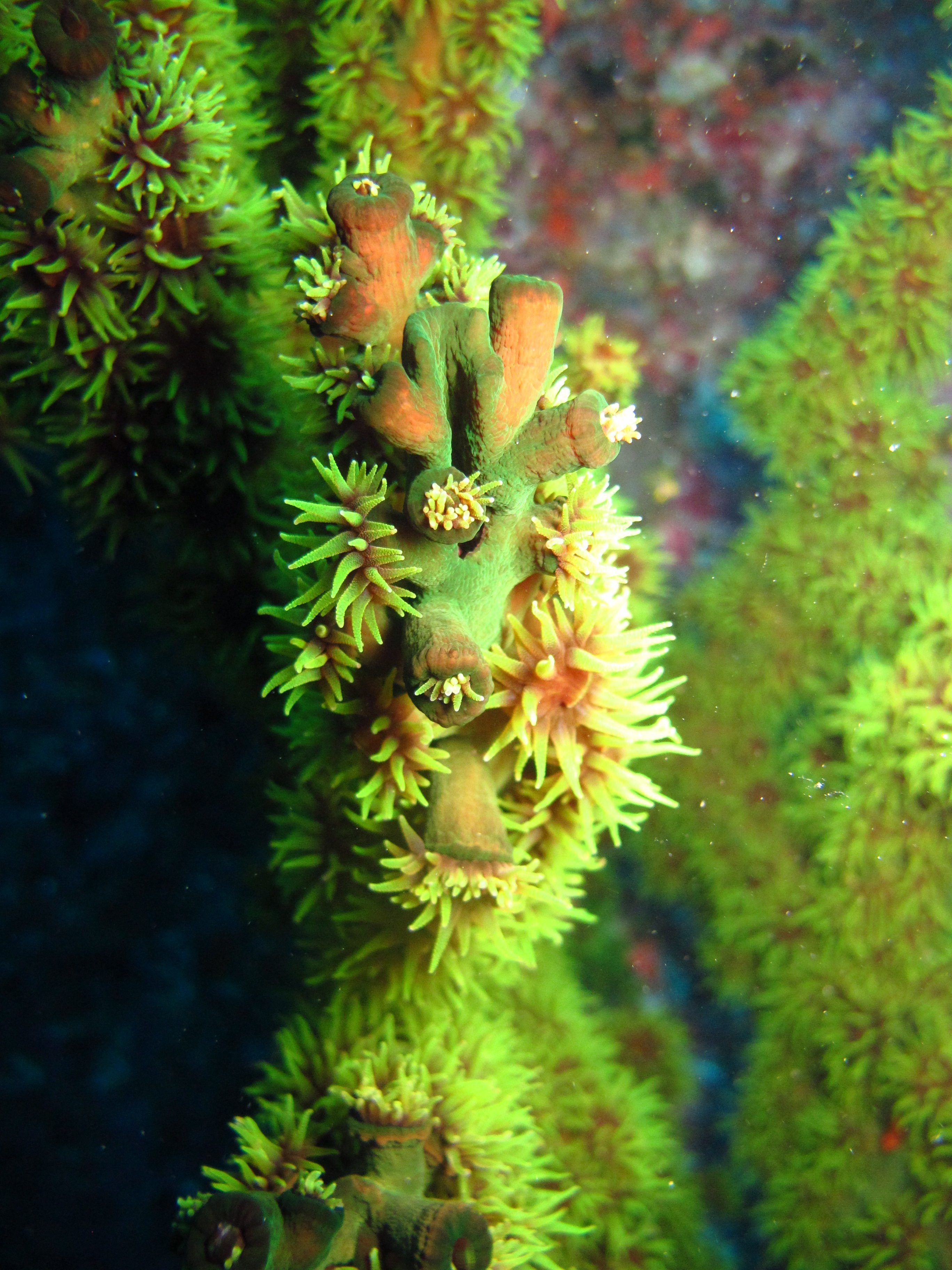