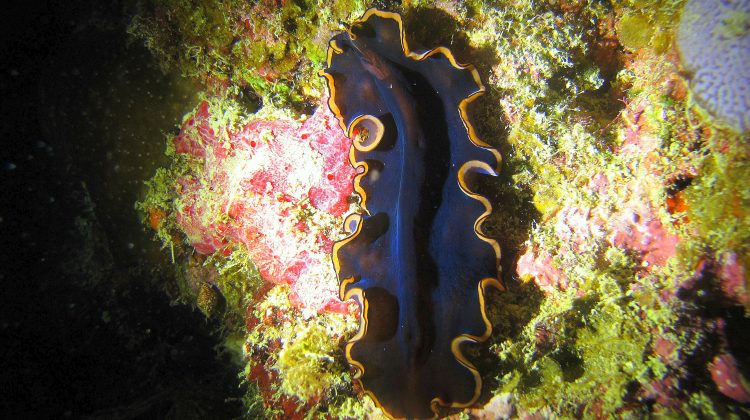 Platyhelminthes are Flatworms with soft-bodies, showing bilateral symmetry. There are a great deal of organisms throughout the world that are described as worms, even those that are totally unrelated but have a similar body form. You can find this particular Phylum worldwide – on land, in freshwater and in the oceans. It includes the Tapeworms that are parasitic in humans however, the species of The Great Barrier Reef provide a much more enjoyable encounter.

These Flatworms show great diversity. Many, show vivid colours and are free-living organisms that mimic Nudibranchs, whereas others are quite plain parasites.  Some of the latter only have one host, although others have a fish host and an invertebrate host in their lifespan. Although many resemble Nudibranchs in colour, they lack the external gills and projections.1,3

They have the ability to swim, or crawl, through undulations of their body, although they also have tiny, microscopic cilia that may propel them forward. A swimming Flatworm is always a beautiful sight on The Great Barrier Reef.2

The Platyhelminthes have no body cavity and are flattened top to bottom. The Mesenchyme is a connective tissue that fills the void in between the internal organs. They have a rudimentary brain, which consists of two, fused cerebral ganglia. Two parallel, interconnected nerve cords run down either side of the body.  Some have simple eye clusters, called ocelli, however others lack eyesight. When present, the dot-like eyes are found on the head, but also along the edges of the organism. Respiration occurs by diffusion through their bodies, which makes the need for a circulatory system obsolete.3

There is an opening on the underside that serves as both a mouth and an anus and the gut branches out around the body.  They mainly feed on Sea Squirts (Ascidiacea) and many will predigest individual Zooids (colonial organisms that cannot function as individual units) with enzymes before sucking them up. Some hunt snails and envelope and digest them whole, spitting out any undigested remains. Platyhelminthes generally find food by smell, or through vibrations, and they have few predators as they are full of toxins.3

The majority of Flatworms are hermaphrodites, with both male and female organs. Some species use reciprocal mating, which results in both individuals becoming pregnant. Others are more aggressive and essentially fight with their penis and the winner stabs the loser with sperm. There are other species that are less aggressive and mate by passing sperm through genital pores.3

You can find a list of the three classes of Platyhelminthes found in The Great Barrier Reef Marine Park, below. 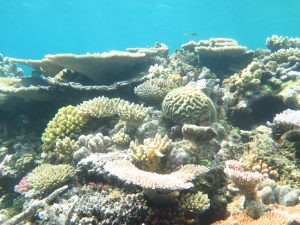 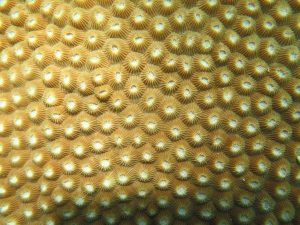 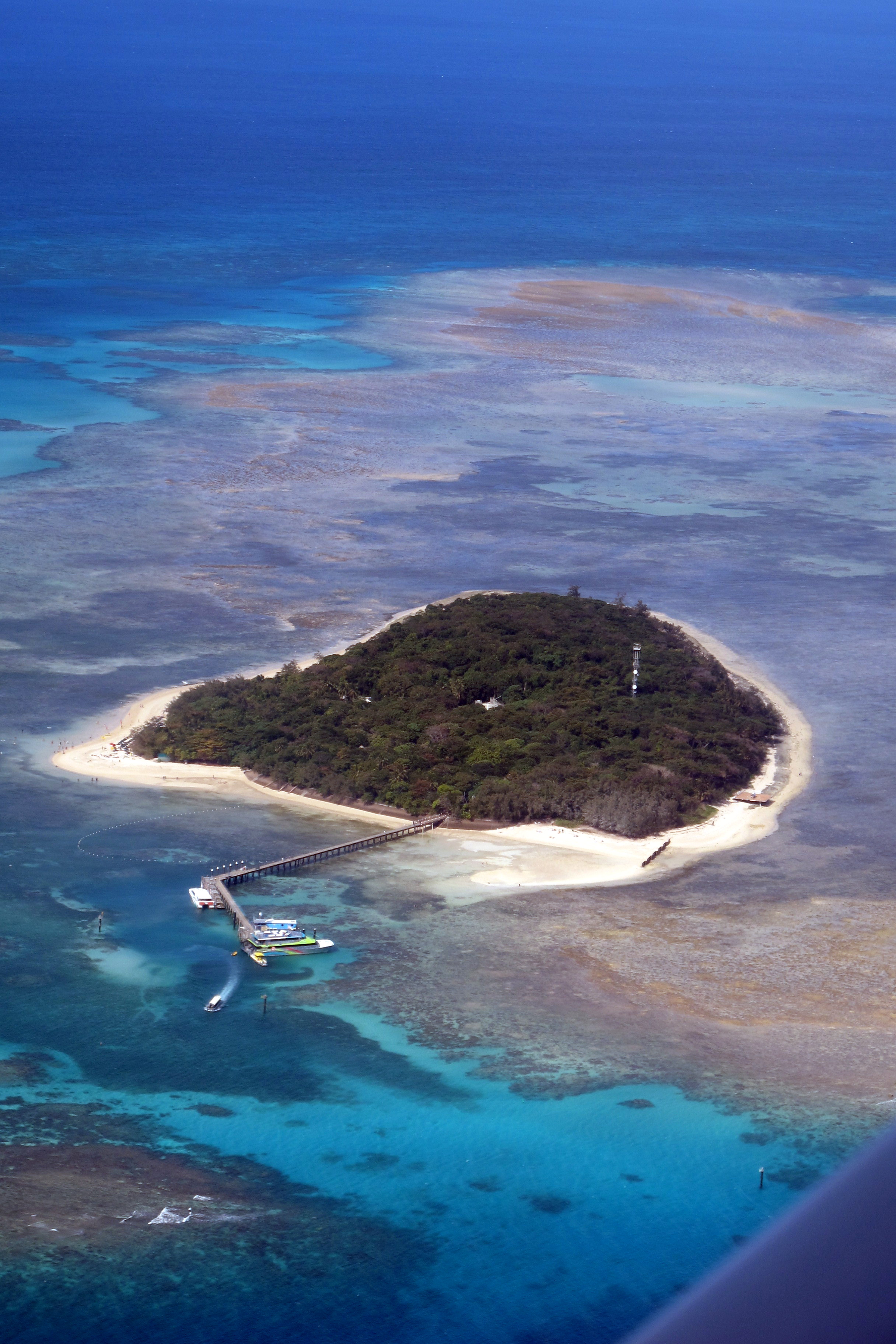 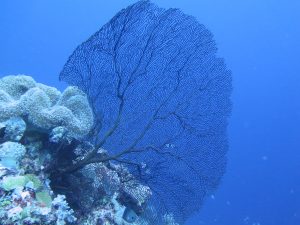 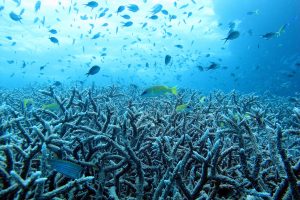